The annual Bestmed Chokka Trail Run will take place on 30 & 31 October 2021 in the greater St Francis, Eastern Cape, with the start and finish at the host venue, the Cape St Francis Resort.

Taking uncertainties due to the current Covid-19 pandemic into consideration, organisers Eric and Esti Stewart from St Francis Sport have decided to adopt a “book now and pay later” approach.  “We will follow all protocols stipulated at the time and for now capped entries to 100 per event, and will only open it up for more closer to the time when we are sure larger numbers for outdoor events are allowed,” says Eric.  “We also understand that no one wants to pay for an event if they are not sure they can attend – hence the book now, so we can start organising, and pay later, when you know you can come approach.”

Late registration and number collection will be on Friday 29 October between 15h00 and 17h00 at the Cape St Francis Resort.

Details for Saturday 30 October are as follows:

Additional race shirts and buffs can be ordered until 30 August 2021 at R250 per shirt, and R80 per buff.  Please note a late registration fee of R100 per entry will be charged after 19h00 on Friday 29 October.

Businesses, schools and charity organisations are invited to participate in the 5km Charity Challenge which is a team effort.  Teams of 4 run (or walk) 5km, and their individual finishing times added together is the team’s time.  The winning team will win a Bestmed hamper, a Team Building Event from the Cape St Francis Resort as well as R2000.00 for their nominated charity or school.

The Cape St Francis Resort offers a crazy weekend special:  book 2 nights and you get a third one free at R385 per person per night sharing, while children under 12 stay for half price.  Contact Anita Lennox on [email protected] to book.

The beneficiary of the Bestmed Chokka Trail Run is the Beach Clean-up Project.  The race is organised by St Francis Sport, sponsored by Bestmed Medical Aid and hosted by the Cape St Francis Resort with internet support by TCS St Francis Bay.

So, without further ado, get your entry in!  Click here!

Team information
This event supports team entries for certain classes, but teams must consist of 4 participants per team. 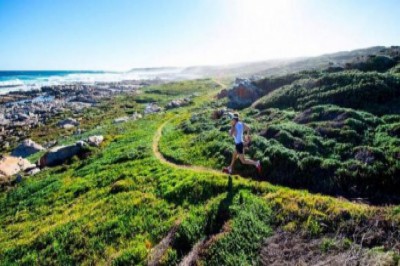